Beryl was born in 1924 in Plymouth Devon, in the South-west of England. She is the daughter of late Harry Davis the Guitar-playing Vocalist & Leader of The Oscar Rabin Band. Oscar himself preferred to sit in with the Sax section rather than out front as MD.  When Beryl was just 12 years old she sang professionally with the Band. Apart from singing at an early age she also trained as a Dancer and won the all England Tap-dancing Championships twice.

In the 1940s she sang with Django Reinhardt & Stephane Grappelli appearing at the Hot Club of France in Paris.

She was also on hand to sing on record and in person with the many Forces Bands then based in London including the Skyrockets, the Squadronaires and the Allied Expeditionary Force Orchestras led by Robert Farnon and George Melachrino, as well as the all-star US Big Bands fronted by Sam Donahue & Glenn Miller. She clearly revelled in the opportunity to record with Miller’s star sidemen, who included the pianist Mel Powell and the drummer Ray McKinley. A Booking with Miller’s Army Air Force Band at the Queensbury Club, London, in December 1944, was a defining moment for her; after hearing her sing I’ll Be Seeing You, Miller said, “Good show, kid. I’ll be seeing you.” Three days later, Miller’s Plane disappeared over the Channel and he was lost. 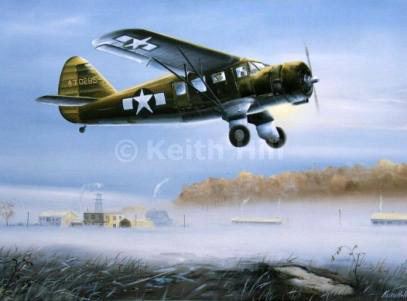 “When I think of Beryl I have great and proud feelings about her. I asked her if she would sing with my Band on that day and she said she would if the boys could play in her Key.  Not one of my arrangements in our book was in her Key.  She said that her voice was lower after all these years. Our Piano player managed to transposed a few songs for the Rhythm Section and 2 Horns and we had a great fun in playing along with Beryl.  Before I left RAF Twinwood, Bedford the boys in the Band brought me a gift of a painting by Keith Hill called “Twinwood Legend” which was of a Norseman Aircraft taking off from Twinwood in 1944 just as Glenn Miller did in such an Aircraft never to be seen again.  Beryl signed this painting and now I treasure it and the memory of that wonderful time on stage with Beryl Davis. Beryl wrote on the back of the painting.

Albert Offenbach
I went to Deauville, Normandy on holiday. I was 18. In those days tea dances were in, so every afternoon I went to the Yacht Club Tea Dance, (It was run by George Carpentier the French ex-Boxing Champ), there was 2 Bands, one was Maurice Winnick’s Dance Band, and the other a small Gypsy Band.  In the Gypsy Band was a Guitarist who played in the style of Django. I was not much good at French, but I managed to tell him he played like Django, well he was delighted to hear it and told me he was Django’s brother Joseph.  As I saw him every day we got quite friendly and he told me that the Hot Club was playing in London at the “State Cinema” Kilburn, London in a few months time and if I came Backstage to see him he would introduce me to Django.  Well that could not be missed could it! So when the time came I took my young brother (who played very well in those days) and a friend to see the show.  After the show we went Backstage to see if Joseph remembered me, well he did and was very pleased to see me, he introduced me to Django who was polite but not very interested at 1st, then I saw Django’s Guitar laying there. I thought I would love to be able to say I have played Django’s Guitar so I asked him if I could and he said sure. I banged out a few chords in the Hot Club style and his whole attitude changed and he became very friendly. I asked him if he would like to come for a drink in the Pub and he said yes, then he said to the rest of the Hot Club in French of course that we were all going for a drink, they all came except Stéphane Grappelli.  On the way to the pub, the friend I came with said, lets not go to the Pub lets go home for a drink, and Django said OK.  We got back to my friends house, he had a great bar in his house, and we had a few drinks, I then said to Django If I got my guitars would he play , he said yes if I played with him, so off I went to get my guitars, I lived very near my friends house. I had two Gibson’s one I bought from Len Williams the father of John Williams for £5, the other was a FDH Special.  What a thrill to play for Django. My young brother was a much better player than I was and he had taken the Solo of Limehouse Blues, off the Django record, and when he heard my brother play he was delighted.  He was really very modest and never realised he had such a big following.  After a bit of playing, we stopped, then started to play some gramophone records, one was of Chick Webb playing ‘Undecided’ sung by Ella Fitzgerald. He loved it and said he would record it . He said he needed a singer for it, so we recommended the Singer from the Oscar Rabin – Romany Five Band, – a girl called Beryl Davis.  After a few more drinks, we took them all back to their Hotel said good night and I thought that would be the end of it, but a couple of days later Django rang me and invited us all to the Night Club that the Hot Club was playing at, called The “Nut House” Regent Street, run by Al Burnett. Well, you can imagine how excited I was a kid of 18 then, invited by the great Django.
Alma Warren & Lord Ulick Brown’s famous Nightspot, the Nut House, home of Miff Ferrie and his Band and droll comedian Al Burnett, is raided by the Police and closed down.  Tommy Cooper played the Club doing his usual Fez hat act then.
We went to the Club but Al Burnett would not let us in, as he did not believe we had been invited by Django however I would not go, I persuaded him to check and it took some doing, but at last, he did, and Django came out and told him we were his Guests. He had a table reserved for us right in the Front, we watched the show danced a bit with a few of the birds that were there, then at about 4.30pm, we all went to Lyons Corner House for Breakfast the whole Hot Club but not Grappelli. I think he was a bit too posh for us in those days.  (More likely he was avoiding further exposure to Django).  Django paid the bill for everybody, I tried to pay him back but he would not hear of it.  Well that’s the end of the story.  A short while after that I was in the Army and actually landed on the beach in Normandy in full kit, and my Guitar, but that is another story. – Albert Offenbach

Lew Grade 1st introduced her to the Duo when she was only 12 years old (1936) and she went to Paris to sing with QHCF complete with Chaperone.  Belting out songs of love and romance as though she had lived it.

Django Reinhardt et le Quintette du Hot Club de France, with Stéphane Grappelli Stéphane Grappelli (vln); Django Reinhardt (g solo); Joseph Reinhardt, Eugène Vées, Pierre “Baro” Ferret (g); Emmanuel Soudieux (b); Beryl Davis (vcl).  A brief reference to the Melody and Django then launches straight into an amazing Improvisation – Beryl aged 15.
1930’s Entertainers – with Beryl
The comedian Bob Hope encouraged Davis to emigrate to the US in January 1947. She debuted there on his Radio Show, later performing with the Bandleaders Benny Goodman & Vaughan Monroe, and becoming a familiar presence on Radio Shows hosted by Frank Sinatra, Milton Berle & Red Skelton, and many others. After her marriage to the Radio and TV star Peter Potter (family name Moore), and by now a US Citizen, Davis concentrated on raising her family, although she achieved renewed prominence in 1954 when she formed a Gospel Group with the singer Connie Haines and the Actors Jane Russell & Rhonda Fleming. All four worshipped at St Stephen’s Episcopal Church in Hollywood; known as the Four Girls, they had a surprise hit with Do, Lord, Remember Me, touring the UK in 1968.

After her marriage to Potter foundered in 1965, Davis and her new partner, Buck Stapleton, formerly Miller’s drummer, created package shows for Cruise Ships for more than 20 years. Even after Stapleton’s death in 2003, Davis continued to make guest appearances onboard Ship. She returned to London to appear at Pizza On the Park in May 2001.

Davis is survived by her sister, the actor Lisa Davis; her children, Bill, Merry and Melinda; and 2 grandchildren.