Masonic Temple Auditorium is situated in Detroit at 500 Temple Street

The stage of the auditorium is the 2nd largest in the United States, having a width between walls of 100 feet and a depth from curtain line of 55 feet. It is equipped with a counterweight system of 90 sets of lines and a remote control 4 colour pre-set switchboard. Supported from the gridiron are 2 structural steel bridges for carrying border and other lamps. The proscenium arch is 64 feet wide and 32 feet high. There are 23 well furnished dressing rooms, both the individual type and those for ballet and chorus groups, these being on 3 levels are served by elevator.  A 3rd auditorium is located on the 7th floor but remains unfinished, however, due to lack of funds. Had this room been completed, the Masonic Temple of Detroit would have been the only building in the world to house 3 theatres under one roof.

This last date should have been Django’s last concert with Duke Ellington. After the tour Django worked at “Cafe Society” with Edmond Hall’s Band before returning to France on the 21st December 46 allegedly taking the non-existent ‘Epiphone’ with him.  Was it the Billiard Game he lost to a William Morris Agency enployee, his 60/90 day visa, the lack adulation and gig offers, or Christmas in France that induced Django to leave.  New York can be very cold at that time of Year. (The above dates don’t support this departure date claim.) Dregni claims Django returned by Liner on 6th February 1947. 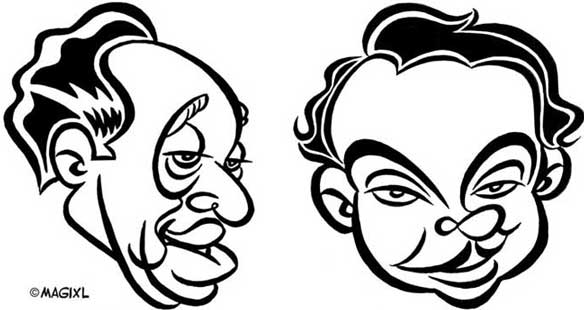 Hot Club of Detroit has headlined nearly every jazz festival, club and concert hall in Southeast MI as well as various venues throughout the Midwest. Highlighted performances have included the Detroit International Jazz Festival, the Max Fischer Music Box (Orchestra Hall, Detroit MI), Night Town (Cleveland OH), Pete Miller’s (Chicago IL), and the Madison Gypsy Jazz Festival (Madison WI).  the current Hot Club of Detroit is made of guitarist Perri, accordionist Julien Labro, soprano and tenor saxophonist Carl Cafagna, rhythm guitarist Paul Brady and bassist Andrew Kratzat. The fibrous accordion tones of Labro, a native of Marseilles, France, links the Detroit quintet to the French musette style from which gypsy jazz partially sprung, while Cafagna’s robust saxophone work introduces bop and post-bop elements to gypsy jazz.  For the past 5 years, the quintet has hosted the annual Djangofest Detroit at various venues, including the Masonic Temple, where Reinhardt himself had appeared with Duke Ellington in 1946.