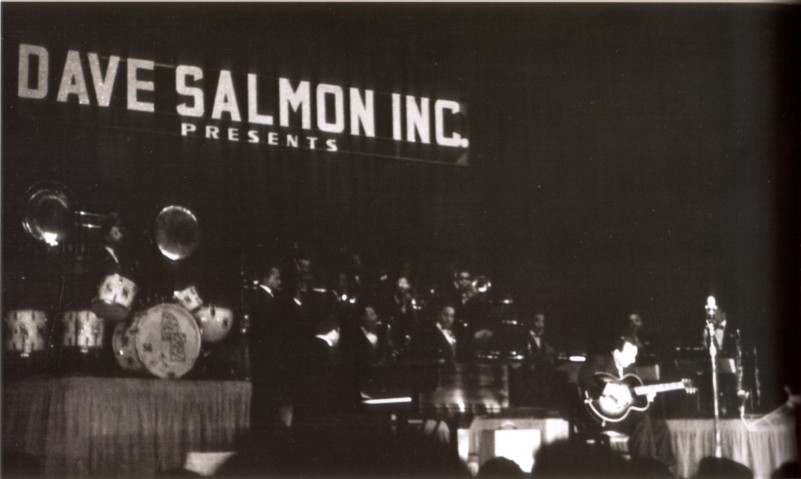 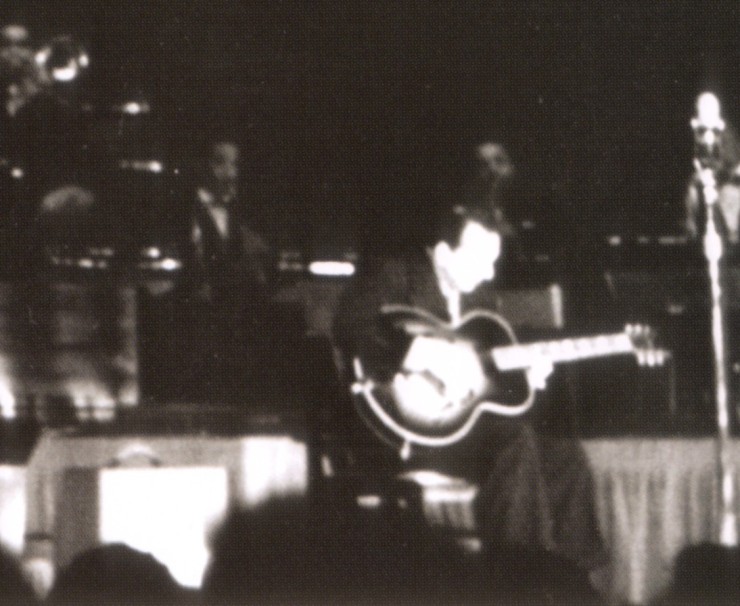 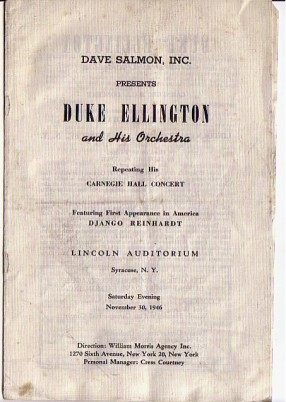 See the ‘large for the period’ White Speakers/Amplifier to the left of Django with Gibson ES-300 and that smaller closed striped case at his immediate ‘left’ which also appears on the Pla Mor Ballroom picture with a small black pre-amp connection Box which is on edge to the camera.

Could that case be the pre-amp controls and the White Box just simply a 2/3 speaker housing?

Rex Stewart – In my opinion, out of the ten great guitarists in the world, Django is 5 of them!

Central’s haunting Lincoln Auditorium, a performing arts centre of such fine acoustics that it was once home to the Syracuse Symphony Orchestra. “This is Syracuse’s answer to Carnegie Hall,” said a reverent Lindsay Groves, a Cellist with the Symphony. 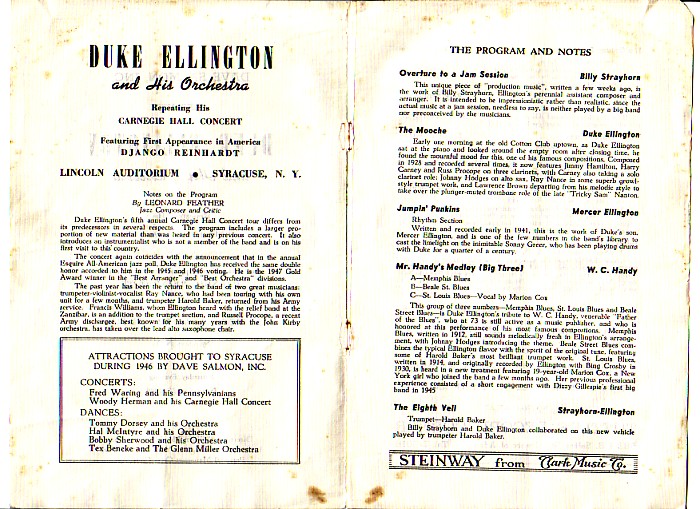